in association with the Tunnell Trust

A VARIED AND EXCITING PROGRAMME 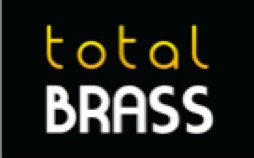 Total Brass, an award winning brass quintet, are current or past students of the Royal Academy of Music also in residence at Birmingham University. They have been Leverhulme Chamber Music Fellows of the Royal Academy of Music (2013/14) and winners of the Tunnell Trust Award (for 2014/15), Park Lane Group Young Artists (2013/14), winners of the Worshipful Company of Musicians Brass Ensemble Prize (2012), and semi-finalists at the St-Martin-in-the-Fields Chamber Music Competition (2012).
After countless recitals across the country, Total Brass have had many high profile performances, including opening the Gramophone Awards Ceremony in 2013, and performing at St John’s Smith Square at the Philip Jones Memorial Concert. They have featured on BBC Radio 3: In Tune Christmas Special, and played for Her Majesty the Queen at the Diamond Jubilee Celebration of the Arts Event. The quintet members were made Yeomen of the Worshipful Company of Musicians, from which many performances followed, including playing on the lead float for The Lord Mayor’s Show. The group is involved in education and outreach projects in London schools through the Worshipful Company of Musicians, both as a group and individuals, with 5-star feedback.
The ensemble members have emerging freelancing careers, playing with the London Symphony Orchestra, Royal Philharmonic Orchestra, London Philharmonic Orchestra, City of Birmingham Symphony Orchestra, Royal Scottish National Orchestra, London Sinfonietta, Gabrieli Consort, London Chamber Orchestra, Bournemouth Symphony Orchestra, Scottish Opera and Welsh National Opera. They are trialists with the English National Ballet, BBC Philharmonic, Welsh National Opera, BBC National Orchestra of Wales and the Hong Kong Philharmonic Orchestra. 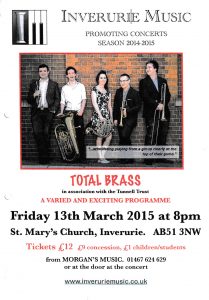