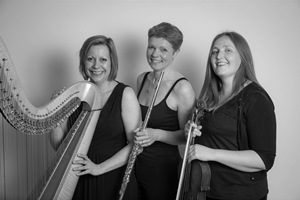 Echo Chamber Ensemble was formed in 2012 by three of Scotland’s leading musicians. Their acclaimed debut concert for the Glasgow University Concert Series included a world premiere of a new commission by the upcoming young composer Martin Suckling.

As well as playing the traditional repertoire for this combination, Echo Chamber Ensemble is keen to extend the possibilities by commisioning new works from composers. 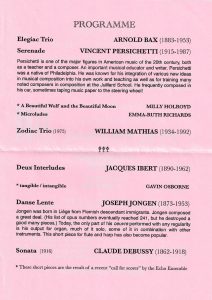