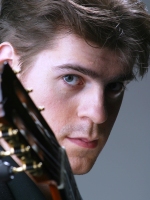 Simon Thacker‘s fleet fingered fretwork, imaginative programming and emotionally charged interpretations have earned him acclaim from London to Havana. He was recently appointed Honorary Fellow in Music at the University of Aberdeen and nominated for a Royal Philharmonic Society Music Award, the highest recognition for live classical music-making in the UK, and in 2006 was a winner of the 50th Park Lane Group Awards. Recent solo performances have taken him to Boston and later this year he will lead his groundbreaking intercultural project The Nava Rasa Ensemble on a prestigious UK Tune Up tour. 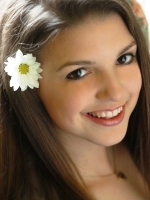 Daisy Chute shot to fame with the female vocal quartet All Angels, whose debut album reached the top 10 in the national pop album charts and number 2 in the classical charts, earning a platinum disc, Classical Brit Award nomination and making them the fastest selling debut classical group of all time. Daisy released a critically acclaimed solo jazz album at the amazing age of 15, championed by Humphrey Lyttelton on Radio 2, has performed at the Wigmore Hall and recently appeared as soloist in a TV special for PBS in the US.