Inverurie Music opens its 20th anniversary season at 8 pm on Saturday 22nd with a guitar and cello concert given by two of Scotland’s top musicians. Both Professors at the Royal Scottish Conservatoire, Allan Neave (guitar) and Robert Irvine (cello) are virtuoso performers with a good reputation for warmly engaging their audience. Their programme will include pieces by Vivaldi, Bach, Casals, Massenet, and De Falla.

The first of six concerts given up-close and personal in intimate local venues, this one is at St. Mary’s Episcopal Church, Inverurie, AB51 3NW. Last year’s season saw a significant increase in interest in these inspiring evenings bringing top class classical performers to your doorstep. Tickets for the whole season’s events can be purchased at the very low anniversary offer-price of £48.00 (£40.00 concession, £4.00 student), six for the price of four; download a form from the website inveruriemusic.org. Get tickets for the first concert from the Acorn Centre (West High St, Inverurie, 01467 670850) or on the door at the first concert. A subscription for the season includes membership of the charity whose AGM will be held in St. Mary’s Centre at 7pm before the first concert. 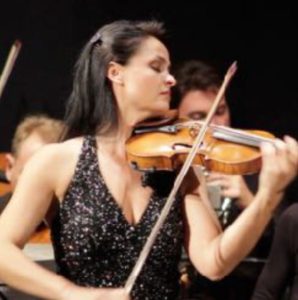 Other treats in store include a “thank you” concert by the multi-award-winning Maxwell Quartet who are now to be seen more at major concert venues than in this area; they will be at the Acorn Centre on 23rd October. The virtuoso violinist, Lana Trotovšek, will be revisiting Inverurie later in the season with Maria Canyigueral (piano). Lana will be playing Vaughan Williams’s “Lark Ascending” in the Town Hall.

Inverurie Music has expanded its educational activities and with the help of the Garioch Partnership provided a successful and enjoyable chamber music tuition day at the Kemnay Church Centre earlier this month for nineteen local string players who received tuition in quartet playing from Jean Fletcher and Gareth John. More workshops are scheduled including at Oldmeldrum and Alford Academies.