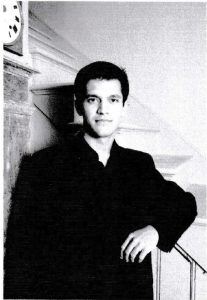 Winner of the 2009 Tunnell Trust concert award scheme, Ashok Klouda made his solo Wigmore Hall debut in January this year as a result of jointly winning the first Worshipful Company of Musicians / Concordia Foundation Young Artists Fund award. Other recent competition successes include 1st prize in the 2006 J. & A. Beare Solo Bach Competition and the 2007 Royal College of Music Cello Competition. Currently a Chamber Fellow at the Guildhall School of Music and Drama, Ashok has also trained at the Royal Academy of Music, the Royal College of Music and the Hochschule der Künste Bern, where his teachers have included Colin Carr, Josephine Knight, Jérôme Pernoo and Louise Hopkins.

Ashok’s studies were made possible thanks to winning an Arts and Humanities Research Council Professional Preparation Master’s Scheme Award, awards from the Albert Cooper Music Charitable Trust, the Martin Musical Scholarship Fund, and the MBF Myra Hess trust. He was also awarded a full undergraduate scholarship at the Royal Academy of Music and a postgraduate scholarship at the Royal College of Music supported by a John Lewis Partnership Award.

A passionate chamber musician, Ashok is a member of the highly acclaimed Barbirolli Quartet, who last year represented the Royal Over-Seas League on the ROSL / Pettman tour to Singapore, New Zealand and Australia, and next season will be performing in major concert halls throughout Europe as a result of being selected for the ECHO Rising Stars scheme. Ashok’s previous quartet experience as a founding member of the Artea Quartet included a BBC Proms debut in 2004, recitals in the Wigmore Hall and Purcell Room and live performances on BBC Radio 3. The Artea Quartet also won the Philharmonia Orchestra / Martin Musical Scholarship Fund Total Ensemble Award, the Tillett Trust Young Artists’ Platform, and was awarded the Royal Academy of Music’s Leverhulme Junior Fellowship 2004-2006.

Ashok’s early musical education was at the Junior Guildhall School of Music and Drama where he studied with Margaret Powell and won 1st prize in the school’s only annual competition: the Lutine Prize. He made his debut as a soloist with orchestra at the age of thirteen and has since performed numerous concertos with orchestras around the country.

In 2000 at the age of seventeen, Ashok was the only cellist from the UK to be selected to play in the Third World Cello Congress masterclasses held in Baltimore, where he played to David Geringas. He has gone on to participate in masterclasses with many other internationally acclaimed artists such as Anner Bylsma, Steven Doane, Bernard Greenhouse and Raphael Wallfisch, through organisations including IMS Prussia Cove and the London Cello Society.

Ashok also occasionally performs in a duo with classical accordionist Borut Zagoranski. They have appeared in the Norfolk and Norwich Festival and have toured to Slovenia and Croatia, where they performed on television.

Ashok plays on a cello made in 2005 by Colin Irving. 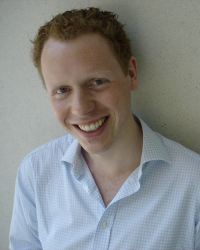 Recently described in The Times as the cream of the new generation and praised for playing with strength, variety and beauty, Joseph Middleton enjoys a busy and varied career as a chamber musician and accompanist.

A graduate of the University of Birmingham and the Royal Academy of Music, his competitive successes include the Accompaniment Prizes at the Wigmore Hall International Song, Kathleen Ferrier and Royal Over-Seas League Competitions. He was recently awarded the Lied-Pianist Prize at the Internationaler Schubert-Wettbewerb LiedDuo 2009 in Germany.

He has made numerous live broadcasts for BBC Radio 3 and a CD of Spanish songs with Clara Mouriz will be released on the new Sonimage label in 2010. 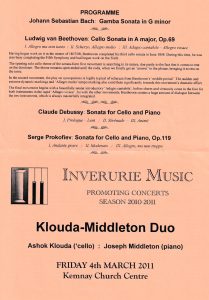